Share a memory
Obituary & Services
Tribute Wall
Read more about the life story of Leonard and share your memory.

Leonard Rector entered his eternal rest on June 5, 2022 after a brief illness.  He is predeceased by his wife, Myra and daughter, Courtney, six sisters and three brothers. He leaves a multitude of nieces, grand nieces, nephews and grand nephews to celebrate his life.

Leonard was born June 7, 1937 in Braddock, PA. He was the son of the late Martha Rainey Rector and Elmer Lawrence Rector, Sr. At Braddock High School, he played and lettered in football. After graduation, Leonard entered the Army to begin his career of military service. He served in Vietnam and other posts in Europe and Southeast Asia. His military service awards include the Bronze Star Medal, Army Commendation Medal, Army Meritorious Service Medal, and the Danh-Dy Boi Tinh Service Commendation Medal from the Republic of Vietnam.

After retirement from active service, Leonard stayed engaged with others who had served with him. He enjoyed movies and assembled an extensive collection of movie DVDs. He also enjoyed listening to music and that collection is nearly as large as his movie collection.

Leonard leaves the living behind not to mourn but to rejoice and joins all family members who passed before him into eternal peace. We living family will always remember his smile and sense of humor.

Funeral Services will be held on Monday, June 13, 2022 at Aldrich Funeral Homes, 431 E. 9th Ave, Munhall, PA 15120. Viewing will begin at 11am and services will follow at 12pm. Internment at the National Cemetery of the Alleghenies.

To send flowers to the family or plant a tree in memory of Leonard Rector, please visit our floral store. 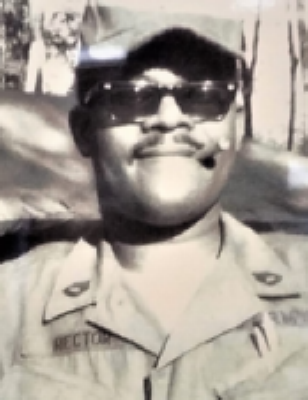 You can still show your support by sending flowers directly to the family, or by planting a memorial tree in the memory of Leonard Rector
SHARE OBITUARY
© 2023 Aldrich Funeral Homes. All Rights Reserved. Funeral Home website by CFS & TA | Terms of Use | Privacy Policy | Accessibility