Share a memory
Obituary & Services
Tribute Wall
Read more about the life story of Mark and share your memory.

Mark Anthony Martin was the first of five children born to the late Percy J. Martin, Jr. and Martha D. Martin in Pittsburgh, Pennsylvania on November 12, 1960. Educated in the Pittsburgh Public School system, he graduated from South Hills High School in 1979. During his time at South Hills, he excelled in both football and track where he played the positions of defensive back, and hurdler, respectively. At one point, Mark held the city-wide record for the longest defensive touchdown interception run at 98 yards. Due to his athletic prowess, he was frequently featured in the Pittsburgh Press and other local publications and was courted by several universities. Upon graduation, Mark was offered a full athletic scholarship to attend the nation’s oldest HBCU, Cheyney State University in Philadelphia. While at Cheyney, Mark majored in Communications and had aspirations of becoming a sports commentator.

When it came to his interests, Mark had many, including nature watching, fishing, drawing, reading, and writing. He was a connoisseur of pop-tarts, dollar store cookies, peanut butter and jelly sandwiches, and birthday cake. He enjoyed listening to music on his Boombox, including such artists as the Average White Band, Anita Baker, Chaka Khan, Ray Charles, Frankie Beverly and Maze, and Parliament-Funkadelic. In addition to nurturing his hobbies, Mark found enjoyment from participating in therapeutic support groups. He was active in the recovery community, and he had more than 25 years’ worth of sobriety under his belt. In the late 1980s, he met and fell in love with the late Pamela Bates, and from this partnership, three children were born.

Baptized in the 1970s, Mark would ultimately find a church home with Shekinah House of Prayer Ministries, and he gave his life to Christ in 2007. Blessed with the spiritual gift of "Helps," he was active in a number of ministries including the choir, the men’s ministry, as well as the care center ministry where he assisted with the upkeep of God’s house. Mark looked forward to attending church each week and would often call his brother Roderick, once on Friday, and then again on Sunday morning, to make sure he didn’t forget to pick him up.

Affectionately nicknamed, “Markum Barkum,” by his mother, due to his strong will, Mark was a thoughtful big brother and devoted son. In his father’s last days, Mark assisted with his care by providing encouragement and physically lifting and transporting him when necessary. After his father passed away in 2000, Mark once again stepped up to the plate by serving as his mother’s  primary emotional support system--all the way up until the end. Not a day went by where he didn’t stop  to visit her at her home in Beltzhoover. Even when she moved down South, he continued to check in on her by calling every day. Mark never missed a birthday and was known for faithfully mailing birthday cards and hand-written letters to loved ones to celebrate their milestones.

To send flowers to the family or plant a tree in memory of Mark Anthony Martin, please visit our floral store. 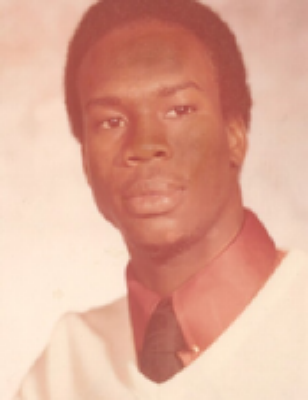 You can still show your support by sending flowers directly to the family, or by planting a memorial tree in the memory of Mark Anthony Martin